The 2017 competition is now closed.

Congratulations to the contestants on your truly remarkable achievements. Well done ! The level of playing in all four categories was exceedingly high. Please use this link to view the competition winners.

Since 1990, scholarships have benefited over 300 promising young piano students. The Society awards both competitive scholarships and developmental awards. In 2017, the competition will feature live auditions for all age groups on April 1 and 2 with April 8 as a contingency date. There will be no preliminary round based on CDs.

Competitive Scholarships Award Program.
Eligibility: Piano students who demonstrate outstanding pianistic talent and progress while pursuing excellence in performance. Previous 1st prize winners may not compete again in the same age group. Contestants should not be relatives or students of judges, artistic advisors, Steinway Society board members or employees of Jacobs Music.

We would like to encourage parents to give their potential contestants an opportunity to be inspired by hearing our professional pianists play in our musicales.

Applications must be submitted, delivered or postmarked by February 16, 2017. Late applications will not be accepted. All contestants will audition live before a panel of three judges on April 1st and 2nd (with April 8 as a contingency date) after which awards for each age group will be announced. Written comments will be provided to all contestants. Students should submit an application form listing their selections of two contrasting works along with the application fee listed above.  The maximum duration of both pieces combined is 8 minutes (Group I) or 10 minutes (Groups II,III,IV). These limits will be adhered to. Examples of repertoire played in previous competitions may be downloaded here.
Please do not staple check to application.

Live Audition Saturday and Sunday April 1, 2, 2017 (with April 8 as a contingency date): Three judges will audition the contestants who will perform from memory the two repertory pieces listed on their application. The auditions will be at Jacobs Music, 2540 Brunswick Pike, Lawrenceville, NJ 08648. By applying to the competition, parents understand that the contestants must be available to perform at their scheduled time. Please provide an original score of each piece (no photocopies) for use by the judges. The names and qualifications of the judges will be announced at a later date.  The Judges reserve the right not to award scholarships in all categories; their decisions will be final. Winner placements will be announced and photographs taken after each group. Written comments will be sent to all contestants. The 2016 Judges were Dr. Kairy Koshoeva, Dr. George Borisov and Ms. Georgiana Rosca. Click here for 2016 Judges biographies.

Scholarship Winners Musicale April 30, 2017, at 3:00 PM: Winners will perform one piece and receive their awards during the Scholarship Musicale on April 30, 2017, at Jacobs Music. Photographs will be taken following the recital. By applying to the competition, parents understand that the winners must be available to perform in the scholarship musicale. By signing the application the parent consents to the use of the student’s name and photograph in connection with Steinway Society publicity. 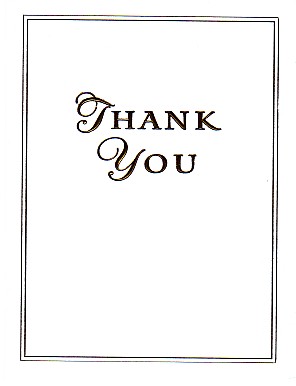 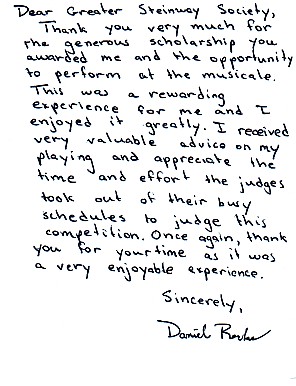 All entrants will compete during the live round on April 1-2, 2017, (with April 8 as a contingency date).

Q: The repertoire requirements ask for two contrasting works. Does this necessarily mean two pieces from different style periods as in previous years?

A: No, although two different style periods (e.g., Baroque vs. Impressionistic) would certainly be considered contrasting, starting in 2017 contestants will be allowed to perform two contrasting works from any style period. Two works by the same composer could even qualify as contrasting if stylistically diverse, e.g., a Chopin Nocturne vs. a Waltz. Teachers/contestants can use their own discretion in their choice of repertoire keeping in mind that demonstrating stylistic diversity will factor in to judges decisions.

Q. Can the repertoire listed on the application form be changed before the live audition?

A. Yes, changes can be made provided the request for repertoire change is submitted to RBrown@jacobsmusiccompany.com by February 16, 2017 and the changes meet the competition requirements.

Q. What age category applies if the student has a birthday between the date of application and the audition?

A. The age of the student on April 1, 2017 determines the student’s age category for the competition. Students cannot compete in a higher age group.

A. No, the only requirement is a polished, artistic performance of two contrasting solo works. As an illustration, the repertoire played in the 2015 final competition may be downloaded here.

A. We ask the judges to form an opinion based on the first 8 minutes (Group I) or 10 minutes (Groups II, III, IV). The contestant will be asked to stop playing if they exceed the prescribed time limit.

Q. If a student omits a repeat to keep under the time limit will the student be penalized for this ?

A. We recommend the student omit the repeat to stay within the time limit.

Q. If a student submits 2 slow movements to keep with the time limit will the student be penalized for this ?

A. Submitting two slow movements would be disadvantageous as we ask for two contrasting works.

Q. Should I staple the check to the application?

A. Please do NOT staple the check to the application.

Q. Can I drop off entries one day after deadline date ?

A. No applications will be accepted after the deadline.

Q. When will the contestants be notified about their audition times ?

A. We expect to notify the contestants before March 8th, 2017. The winners of the competition will be announced at the live audition. An email will be sent informing them of the one piece to be played at the winners musicale. The musicale is a festive occasion with a reception following the recital. Photos are taken which are then posted on our website.

Q. I have a question that is not covered by the information above.

A. Please send an email to RBrown@jacobsmusiccompany.com well in advance of any deadlines to give us time to respond.